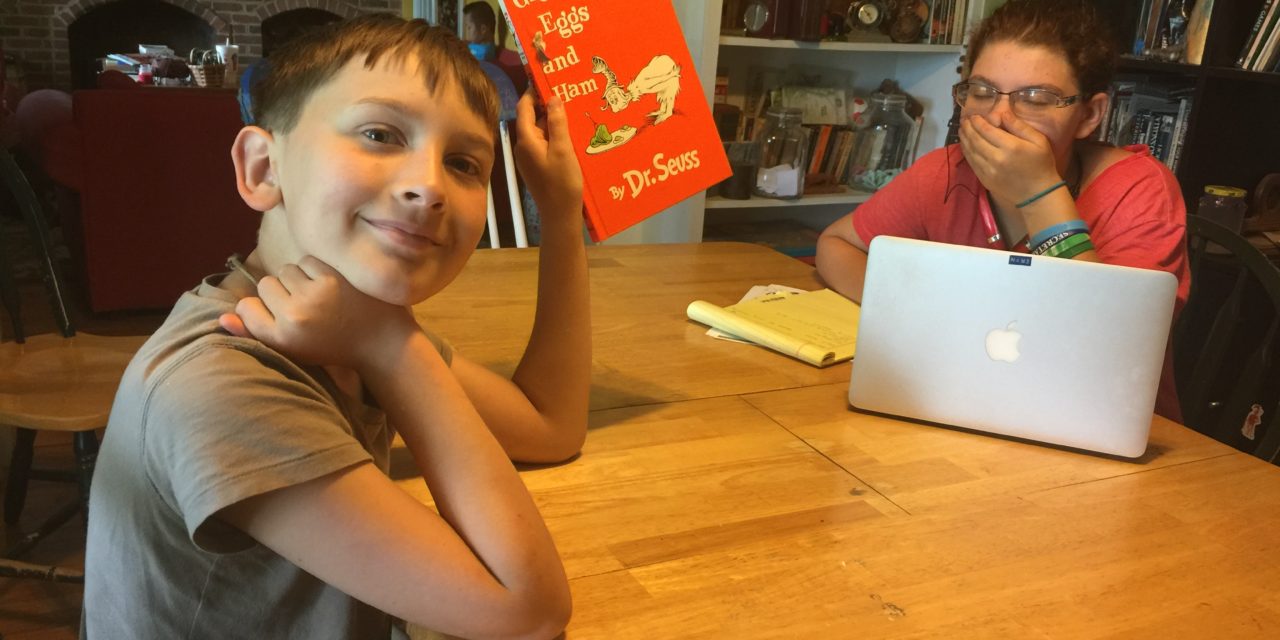 In the middle of a farm task, my cell buzzes with a message from my daughter.

“Thomas has something to show you. He’s really excited.”

I came to a logical stopping point on the project and headed inside. My two children were sitting at the dining room table, across from each other, beaming. In front of Thomas was a Dr. Suess book, “Green Eggs and Ham.”

Thomas picked up the book, read the title page and proceeded to read the entire book, pausing here and there to work out the words. This happens in households all over the world doesn’t it? What is so special about this particular event (other than, of course, it’s my own child accomplishing it)? Well, Thomas is 10 years old and he is just now showing us his reading skills. Ten? Yes.

I can hear the gasps now.

You see, Thomas could sit and do math all day long. He can build things and use his incredible imagination to draw and plot out movies and stories, all visually, of course. We have notebooks full of his sketched stories. And, regardless of how long its been since he drew them, he can flip through the pages and recite to you the story exactly. But, he struggled with reading. And, when I say “struggled,” that’s an understatement. We tried everything – phonics, specialized coaches, and more. But once he started showing stress, I would quietly allow him to move on to something that brought him pleasure not pain.

Meanwhile the voices in my head and many voices outside, for sure, were telling me I had to do something. He must learn to read. Other voices, along with things I’ve read, offered something different. He would learn when he was ready and the dyslexia may not be an issue if he is allowed to come to it gradually, at his own pace. So we backed off and let it be. We learn everything well when we learn by immersion, right? Langauge, whether spoken or written, should be no different. Can a child learn to read without help?

Obviously, the answer is yes. Thomas just did it. Here’s what we did to support him. 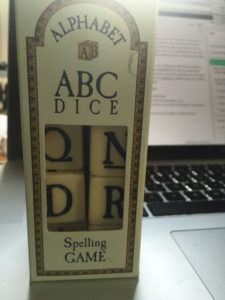 ABC Dice dates back centuries and is a useful tool for learning words. Our exchange students love it too!

He absorbed it. And, he’s reading. Not just Bob books and early readers, but he recognizes many sight words and larger, scientific/metallurgic words (thanks to Minecraft). We were often surprised that instead of playing a game that he loved on his iPad, he would be watching and rewatching the ABCmouse videos or listening to a read-along book.

So, when we say “he taught himself to read,” he did. But he wasn’t just left on his own without resources. We piled them up, put them in his path and made things available. Then, we let him alone to choose his path and explore those things. We encouraged. We played. We led by example (we are all avid readers). That’s what we see as “unschooling” and so far, it works better than we could have ever imagined. And, it’s amazing. 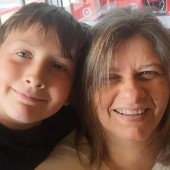 'm Resi and like my father, I am a classic "renaissance (wo)man." While my education and work backgrounds are incredibly varied, I'm discovering now that the seemingly winding path I've wondered all these years was actually connected and all those bits and pieces are coming together in unbelievable ways. Those bits and pieces include education in marine science, communication design, architecture, art, photography, education and multimedia development. Over the past 20 years I focused my experience on developing marketing materials, education outreach, distance learning applications, and alternative learning methods as well as teaching. And, my career in developing educational products spans several large government organizations including the State Department, NASA, Navy Medicine and NOAA and large not-for-profit organizations such as the American Chemistry Society. Read more here... 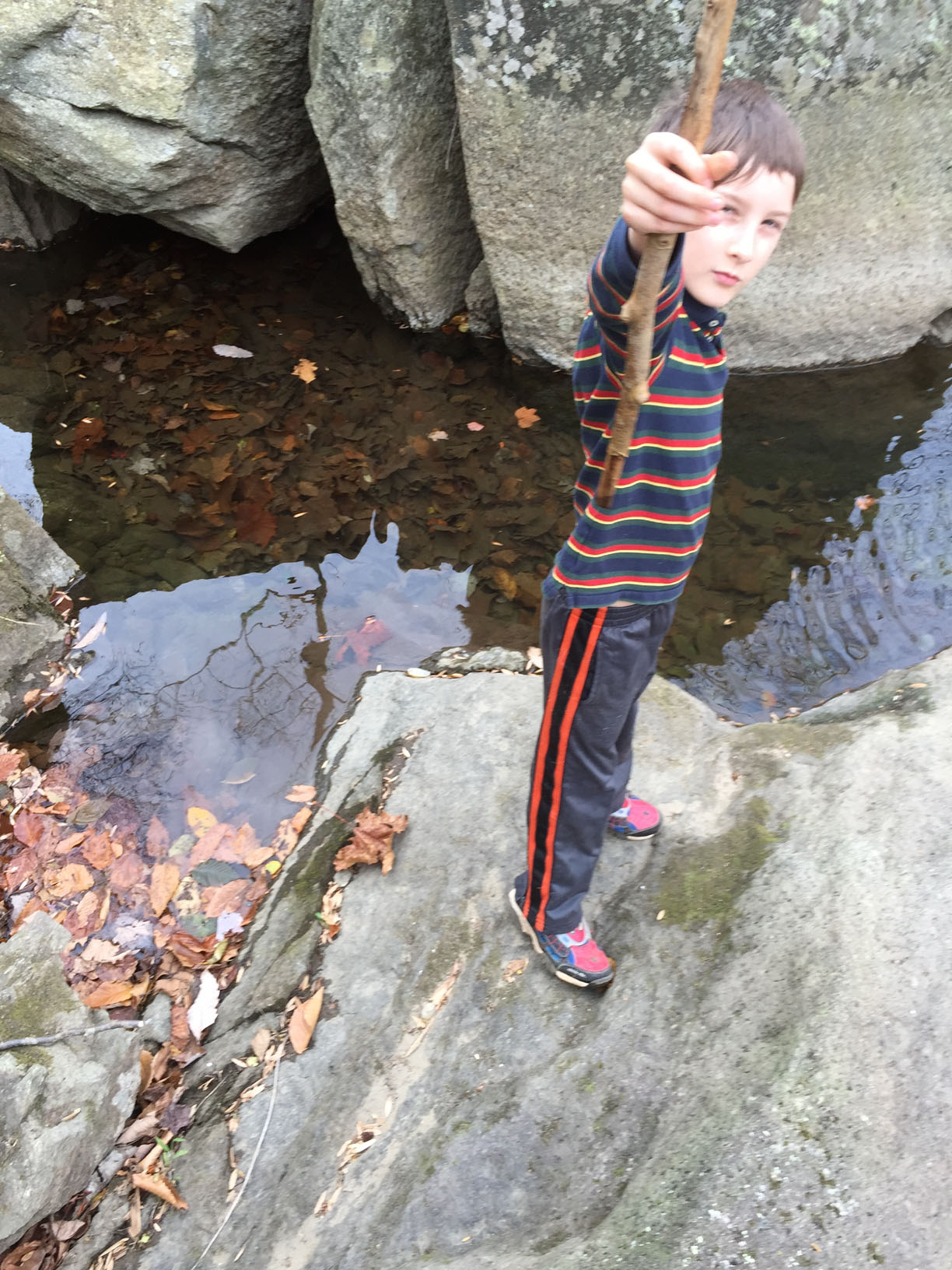 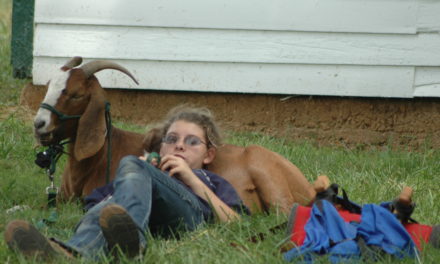 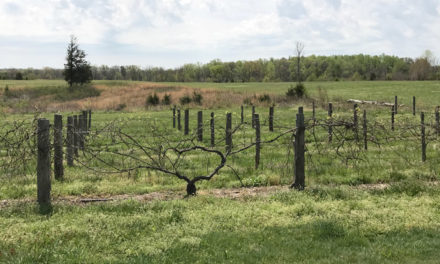 Visit one of our sister sites!